All About Reckless Driving 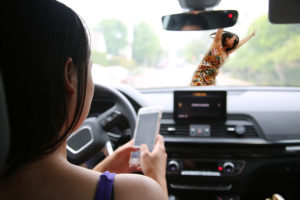 Reckless driving is one of the most serious threats to driver and passenger safety on Massachusetts roadways. Whether speeding, ignoring road hazards or other drivers, or simply driving in an aggressive manner with the intent to intimidate, reckless drivers cause substantial injuries to those unfortunate drivers who find themselves sharing the road. What exactly is reckless driving? Read on for information, and if you have been injured by a reckless driver, ask an experienced car accident attorney how you can pursue compensation for your injury-related expenses.

What Is Reckless Driving?

While different states have a slightly different take on what constitutes reckless driving, some examples might include:

Still not sure what constitutes reckless driving? Take a look at these news examples for more understanding.

If You Were Injured by a Reckless Driver…

If you were injured in an accident that was caused by a reckless driver, you likely have a lot of questions. For questions pertaining to the legal aspects of obtaining compensation to pay for your injuries and injury-related expenses, an experienced Nebraska car accident attorney can provide a wealth of information. Other services that an attorney can offer you in your situation include:

A free initial consultation with a car accident lawyer can help you determine if you have a good case, and if so, how best to proceed.