Note: This article was originally published on PatriotLedger.com. 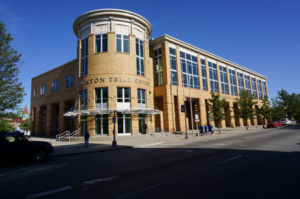 It was the first time that prosecutors in Plymouth County have aimed to hold such a person accountable for the overdose death of one of his customers.

Because of the difficulty of tying the heroin that killed an overdose victim to the dealer who sold the fatal drug, the charge is rare in such a case.

And it’s not the only obstacle prosecutors face.

Steven Foss, 33, of Wareham was arraigned in Brockton Superior Court Tuesday May 5, on a charge of manslaughter, among other charges, after allegedly selling heroin that killed 25-year-old Paige Lopes of Wareham.

State Police Col. Timothy Alben believes that charging dealers with such a serious offense as manslaughter may make some dealers think twice about selling the drug and could stem the epidemic of fatal heroin overdoses.

“We’re losing 75 to 100 people a month right now to these overdoses,” Alben said State Police Colonel Timothy Alben. “It’s in every suburban and urban community. It’s across the board.

“If you’re in this business of selling drugs I think you should be held accountable for killing people,” Alben said.

“Substance abuse issues are haunting our neighborhoods,” Cruz said. “We need to fight this problem on all levels in order to send a strong message and take back our communities.”

For law enforcement officials, charging a dealer with manslaughter isn’t an easy task, but it’s not impossible, Alben said.

“One of the difficulties is making a connection from what the victim ingested into their body and making a direct connection to the drug dealer,” Alben said. “It can become very complex. You really depend upon friends, family, acquaintances telling us what they know and trying to tie it back to who sold it to them.”

Another hurdle, Alben said, is the nature of drug dealing and drug abuse.

“There’s no regulation. It’s not like you’re going into CVS and you have a receipt for it,” Alben said.

Another contention is that drug use is something a person decides to do themselves.

To charge a person with manslaughter, prosecutors need to prove the conduct was “wanton and reckless.”

“You don’t intend to kill the person but your conduct is so reckless that it causes the death of somebody else,” said Brockton defense attorney Patrick Noonan.

Noonan said if he was a defending a client in such a case, he would hold the prosecution to the burden of proof that the conduct was in fact “wanton and reckless.”

There have been two such cases out of Norfolk County, both of which had led to guilty pleas.

In June 2002, Richard Spinale of Walpole was given a three-year state prison sentence after he pleaded guilty to involuntary manslaughter for the overdose death of his friend, 25-year-old Brian Shiner.

In 2004, Christine Callahan of Weymouth pleaded guilty to manslaughter in connection with the death of an inmate at the Norfolk County jail, where Callahan was a guard. Callahan smuggled the drugs to 34-year-old Anthony Marchetti of East Bridgewater, who overdosed and died in 2002. She was sentenced to 15 months in jail.

Last month, Easton police said they may be seeking a manslaughter charge against Kevin Cotter, 27, of Easton after he allegedly sold heroin to a Stoughton man who died from an overdose a short time later.

“In my view, it certainly should happen more,” Alben said.