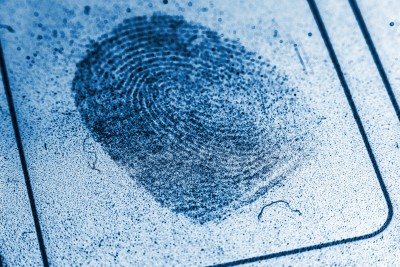 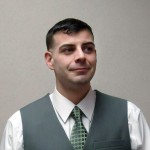 In Massachusetts, the second you are arrested, the damage is done. The criminal charge will follow you forever. Nobody is perfect. We all make mistakes. Don’t we deserve a second chance? Expungement gives people a second chance. It wipes the record clean. It gives them a “clean slate.”

In Massachusetts, the court has the power to order expungement. However, the court almost never orders expungement, even in cases that cry out for it. The reason why expungement is practically unattainable in Massachusetts is because we have record-sealing statutes instead. A sealed record is nothing like an expunged record. A sealed record provides some protection, but does not give the person the “clean slate” they want and need. On top of that, getting your record sealed in Massachusetts is no easy task. Courts will always deny expungement whenever a defendant has some remedy under the record-sealing statutes. So why do we even have an expungement statute?

Sealing: Not a Clean Slate

The sealing of records pertains to the papers and docket entries in a particular case maintained by the Clerk-Magistrate’s Office, and records of the case kept by the court’s Probation Department, as well as records maintained by the commissioner of probation. When a record is sealed, it only becomes unavailable to the public. Sealing does not mean that the record is wiped out completely, as most would think. A sealed record will always be accessible to law enforcement, probation officers, the court, and certain entities authorized by statute. G.L. c. 6, §§ 172 provides a list of entities with authority to heightened CORI access. The biggest benefit of a sealed record allows an applicant for employment to answer “no record” to an inquiry relative to prior arrests or criminal court appearances and the commissioner of probation must corroborate that statement by reporting that no record exists.

Sealing Your Record: A Difficult Task

G.L. c. 276, §100C ¶ 1 gives the commissioner of probation discretion to seal certain non-convictions, such as when the defendant has been found not guilty, a no bill has been returned by the grand jury, and upon a finding of no probable cause by the court. G.L. c. 276, §100C ¶ 2 gives the court the discretion to seal certain non-convictions in which the court has entered a dismissal or in which a nolle prosequi has entered subject to a finding by the court that “substantial justice would best be served.”

It is no easy task to seal one’s record under §100C ¶2. “[S]ealing of the court record of a criminal defendant should only occur in exceptional cases.” Commonwealth v. Doe, 410 Mass. 142, 149 (1995). The defendant must undergo an onerous process consisting of two hearings. At the first hearing, the defendant must make out a prima facie case entitling him to sealing. Passing that hurdle, the defendant must undergo a second, more extensive hearing in which the public, the press, the police, the prosecutor, the probation department, the victim, or anyone else may intervene and present their objections. Now comes the hard part. The defendant “must show that specific harm is threatened by the continued existence of the record.” Doe at 149. The court will not seal a record based on general reputation and privacy interests. The defendant’s showing of specific harm must be strong enough and “clearly outweigh” the constitutional value of the record remaining available to the public. Oftentimes, defendant’s try to seal their records pro se and they are routinely denied because the defendant (a non-lawyer) cannot sustain the heavy burden of showing specific harm.

Unlike sealing, expungement erases everything associated with a person’s criminal case. Expungement involves the removal and destruction of records “so that no trace of information remains.” Police Commissioner of Boston v. Municipal Court of Dorchester District, 373 Mass. 640, 648 (1978). Whereas sealing involves records kept by the court and probation, expungement eliminates all traces (e.g., complaints, arraignments, fingerprints, photographs, police reports, arrest registers, etc.). Expungement is the best remedy because it gives the person the “clean slate” they desperately want. However, expungement is difficult if not impossible in Massachusetts. The court has declined to expunge records in cases of mistaken identity, clerical errors, and false allegations. Basically, whenever a defendant has a remedy under any of the sealing-statutes (G.L. c. 276, §100A-C), the trial court lacks the authority to order expungement. Only in the rarest of circumstances will the court find that there is no statutory remedy other than expungement.

In Commonwealth v. S.M.F., 40 Mass. App. Ct. 42 (1996), S.M.F. was the victim of identity theft. Jane Doe (most likely the thief) was charged with unrelated crimes and identified herself to authorities as S.M.F. As a result, all records of Jane Doe’s case (arrest, criminal complaint, arraignment, and disposition) were entered on S.M.F.’s permanent record, which she sought to have expunged. In a rare case, the court upheld expungement only because they could not fit the bizarre circumstances within the broad reach of the sealing-statutes.

Although S.M.F. involved an imposter, the Supreme Judicial Court declined to uphold expungement in a clear case of mistaken identity in Commonwealth v. Boe, 456 Mass. 338 (2010). In Boe, the defendant was the victim of poor police work and mistaken identity. A vehicle registered to the female defendant (Boe) was involved in a car accident in which the sole occupant of Boe’s vehicle (a Hispanic male operator) fled the scene. The police misidentified Boe as the perpetrator of the hit-and-run when the offense was committed by a male, and Boe was clearly a female. As a result, a criminal complaint issued against Boe for leaving the scene of an accident causing personal injury. Obviously, the complaint was later dismissed. Anyone looking at these facts would think that expungement was a no-brainer because Boe clearly didn’t commit the crime and was the victim of poor police work. The SJC, however, declined to expunge Boe’s record because she had a remedy under §100C of the sealing statute, as her case ended in a dismissal by the court.

In Commonwealth v. Alves, 86 Mass. App. Ct. 210 (2014), the Appeals Court held that expungement was warranted only because of rare and unusual circumstances. In Alves, the defendant was the victim of a clerical error. The defendant and the perpetrator of a hit-and-run accident shared the same unique name (Octaviano Alves) but they had different dates of birth. The clerk’s office mistakenly issued the criminal complaint against the innocent Alves by using his date of birth (1983) instead of the real Alves’ date of birth (1977). Obviously, the complaint against the innocent Alves was dismissed. In a rare move, the Appeals Court granted expungement finding that sealing was not an appropriate remedy due to the narrow and exceptional nature of the case because “the person originally charged with the crime was not only factually innocent, but was never the intended target of law enforcement.” Id. at 215.

In Commonwealth v. Boe, 456 Mass. 338 (2010), the defendant was also the victim of an error committed by the court. Upon receiving a summons for a show cause hearing on a charge she didn’t even commit, Boe dutifully appeared in court on time. A court employee mistakenly directed Boe to the arraignment session instead of the clerk’s office where the show cause hearing was to be held. Due to the court employee’s mistake, the criminal complaint was issued against Boe. Alves and Boe were both victims of a court mistake and both Alves and Boe were factually innocent but Alves was entitled to an expungement and Boe was not.

Fraud on the Court & False Allegations

In Commonwealth of Probation v. Adams, 65 Mass. App. Ct. 725 (2006), the Appeals Court affirmed an order expunging all records associated with a 209A order issued against the defendant by her ex-boyfriend. The circumstances of Adams, however, were extreme because the 209A order was obtained through a “fraud on the court,” which gives the court broad discretion to invoke its inherent powers. The ex-boyfriend made 19 allegations in four different affidavits against the defendant that were “false and perjurious.” His behavior was “extremely alarming” and indicative of obsessive compulsion. In ordering expungement, the Appeals Court appeared to be more focused on the court being the victim of fraud rather than the defendant being the victim. Expunging Adams’ record was necessary to protect the integrity of the courts.

Expungement provides a better remedy than sealing, as it gives the defendant a second chance with a “clean slate.” However, the existing law makes expungement impossible because the court will always deny expungement whenever the defendant has a remedy under the sealing statute regardless of how unjust the circumstances may be. Therefore, new legislation is needed to correct these wrongs.

Those Who Should be Entitled to Expungement

First, expungement should be made available to first-time offenders, depending on the nature of the charge. Everyone makes a mistake and a first-time offender (regardless of age) should not be forced to live the rest of their life with a blemish on their record. Quite commonly, I have represented middle-aged persons and elderly persons with no prior involvement with police or the court system, but they made a mistake and got arrested. These people went their whole lives without getting into trouble, but they made a mistake (it happens) on one occasion. They should be given a second chance.

Second, young, first-time offenders should be eligible for expungement depending on the nature of the charge. Obviously, if somebody is young and commits a petty, non-violent misdemeanor offense (shoplifting, disorderly conduct, whatever) they should have the benefit of automatic expungement. Even when the offense is more serious, a young, first-time offender should be entitled to discretionary expungement. Young people have the capacity to make small mistakes and big mistakes. I have represented high-school and college students (good kids) who’ve done some pretty reckless things and were whacked with some serious charges. I’m not saying that we should look the other way, but they should be afforded the opportunity to make their pitch for expungement in a hearing similar to the hearings we have for record sealing. 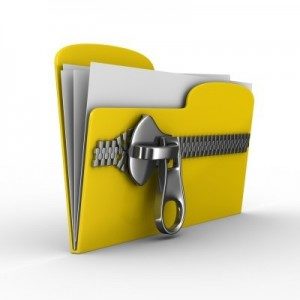 It baffles me that someone is not entitled to automatic expungement when a judge or jury finds them “not guilty.” Imagine being falsely accused of a crime; the stress, the anxiety, the embarrassment, the humiliation, and the day finally comes when you’re exonerated and found not guilty. Then, you’re told that you can’t have your record expunged even though you’re innocent! When a grand jury (who can indict a ham sandwich) returns a “no bill” a defendant should have his record automatically expunged. Automatic expungement is warranted when the commonwealth fails to sustain the low burden of probable cause. If the commonwealth can’t even present the minimal evidence necessary to pass the low threshold of probable cause, the defendant’s record should be automatically expunged.

§100C ¶ 1 of the sealing statute (permitting discretionary sealing in cases of dismissal and nolle prosequi) should be incorporated into a new expungement statute where a defendant’s record may be expunged in cases of dismissals and nolle prosses — subject to a hearing similar to that contemplated in §100C ¶ 2. The defendant’s difficult burden of demonstrating “specific harm” should be less rigid and there should be more of an analysis on how the case ended with a dismissal or nolle prosequi. For example, if the case was dismissed or noll prossed because the charges were rubbish, than expungement is appropriate. On the other hand, if there’s considerable validity to the allegations but the charges were dropped for whatever reason than that should be considered against expungement.

The benefits of expungement should be made available to the people of Massachusetts, as it is in other states. Expungement shouldn’t be impossible (as it now is) but made available to the first-time offender, the young and immature, the drug addicted, the misidentified, the wrongly accused, the wrongly prosecuted, the over-prosecuted, the exonerated and those who can make the case for a second chance. 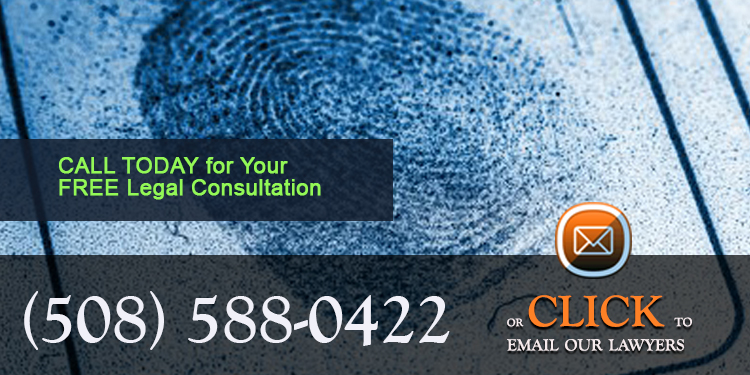 If you would like to have a criminal record expunged or sealed call our Massachusetts law offices today at (508) 584-6955 for your free legal consultation.

Our Reputation Speaks for Itself – View Our Case Results