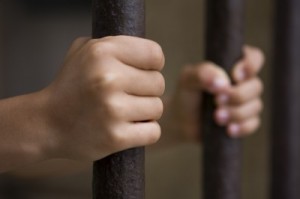 A 40-page report commissioned by MassInc, a nonpartisan research group, stated that the percentage of prison inmates in Massachusetts has tripled since the early 1980s, even as crime rates have gone down.

“It’s an odd set of numbers: crime going down while prison populations are still going up,” said Greg Torres, president of MassINC, the nonpartisan research group that commissioned the study.

Despite a reduction in the number of violent crimes being committed in Massachusetts, tough, mandatory minimum sentence laws remain in effect. The report also gives the state a failing grade for being ineffective in working to help successfully reintegrate prisoners back into society.

Since 1990, minimum-sentence laws in Massachusetts have lead to harsher penalties, fewer inmates eligible for parole, and prison terms have been extended by one-third.

The Boston Globe reported, “The 40-page report — endorsed by a coalition of prominent former prosecutors, defense attorneys, and justice officials — slams the state for focusing too much on prolonged incarceration, through measures such as mandatory minimum sentences, and for paying too little attention to successfully integrating prisoners back into society.”

Massachusetts Criminal Defense Lawyers with Experience You Can Count On

Attorney Gerald J. Noonan founded The Noonan Defense Firm after serving the Commonwealth of Massachusetts for many years as an Assistant District Attorney. Throughout his prosecutorial career, Attorney Noonan argued and tried hundreds of criminal cases including homicide, attempted murder, arson, rape, armed robbery, drug crimes, driving under the influence and cases involving many other serious criminal offenses.

As a criminal defense attorney, Gerald J. Noonan has over 340 successful criminal trials. Attorney Noonan knows the legal strategies and tactics both law enforcement and district attorneys use when trying to get criminal convictions. He has criminal trial experience on both sides of a criminal case, which is invaluable when you are looking for an attorney to represent you.

Our law firms represents and defends individuals arrested and charged with felonies and misdemeanors, federal crimes, juvenile crimes, and can assist with expungement of criminal records (record sealing.)