You Do Have the Right to Remain Silent 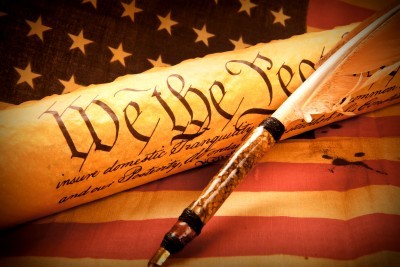 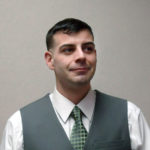 You do have the right to remain silent

In Berghuis v. Thompkins, 560 U.S. 370 (2010), Samuel Morris and Frederick France were shot outside a mall in Southfield, Michigan. Morris died of multiple gunshot wounds. France recovered from his injuries. The main suspect in the shooting was Van Chester Thompkins, who evaded capture and fled Michigan. Approximately one year later, Thompkins was arrested in Ohio. Two police officers from Southfield traveled to Ohio and interrogated him there.

Helgert asked, “Do you pray to God to forgive you for shooting that boy down?” Thompkins answered “Yes.”

The Supreme Court departed from the government’s “heavy burden” of establishing waiver. Now, the prosecution need not show that a waiver of Miranda rights was express. Rather, an “implicit waiver” of the “right to remain silent” is sufficient to admit a suspect’s statement into evidence. A waiver of Miranda rights may be implied through “the defendant’s silence, coupled with an understanding of his rights and a course of conduct indicating waiver.”

The court stated that an implied waiver can be accomplished where the prosecution shows that (1) a Miranda warning was given, (2) that is was understood by the accused, and (3) the accused’s statements were uncoerced. No waiver is presumed, from the very fact that the defendant made any uncoerced statements, but the defendant cannot invoke his right to remain silent unless he does so with the utmost clarity. Here, the government is relieved of its “heavy burden” of establishing waiver and places the onus on the suspect to invoke his right to remain silent with the utmost clarity.

The Supreme Court found that Thompkins implicitly waived his Miranda rights under the utmost clarity standard. First, there was more than enough evidence that Thompkins understood his rights. Second, Thompkins’ did not invoke his right to remain silent with the utmost clarity because he answered Detective Helgert’s questions, which was a “course of conduct indicating waiver.” “If Thompkins wanted to remain silent, he could have said nothing in response to Helgert’s questions, or he could have unambiguously invoked his Miranda rights and ended the interrogation.”

In Commonwealth v. Clark,, 461 Mass. 336 (2012), Detectives Ahlborg and Lyles of the (MBTA) transit police arrested the defendant for an indecent assault and battery. After the arrest, the defendant was brought to an interrogation room at MBTA headquarters.

Thompkins created a heightened standard in which the suspect is required to invoke his right to remain silent with the “utmost clarity.” The SJC declined to adopt this heightened standard. Instead, SJC adheres to the principle of Miranda, which sets a lower bar for the invocation of the right to remain silent. “If the individual indicates in any manner, at any time prior to or during questioning, that he wishes to remain silent, the interrogation must cease.” (Emphasis added). Thompkins utmost clarity standard ignores this longstanding precedent. Here, defendant Clark indicated that he wished to remain silent in a manner of shaking his head from side to side in a negative fashion. Placing such a heightened burden on the suspect “turns Miranda upside down” by placing too great a burden on the exercise of a fundamental constitutional right.

The SJC rejected Thompkins approach to implied waiver (which places the burden on the defendant to invoke his right to remain silent with the utmost clarity) because such an approach effectively reverses the burden of proof applicable to waiver. That is, the suspect (not the government) must prove waiver with the utmost clarity. Instead, the SJC keeps the “heavy burden” on the government in proving waiver, as a matter of state law. Under Massachusetts law, “[t]he court will indulge every reasonable presumption against waiver of constitutional rights.” Commonwealth v. Hosey, 368 Mass. 571, 577, 334 N.E.2d 44 (1975). If the commonwealth cannot prove waiver beyond a reasonable doubt, Commonwealth v. Tavares, 385 Mass. 140, 430 N.E.2d 1198 (1982), then all evidence derived therefrom is tainted.