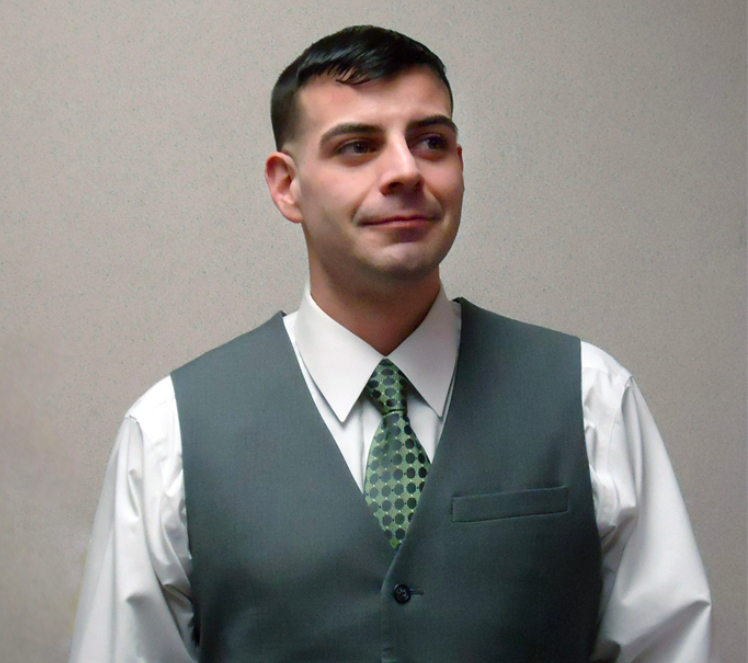 Patrick attended Stonehill College in North Easton, Massachusetts. Patrick was a Dean’s List student at Stonehill and earned membership to Phi Alpha Theta for his conspicuous attainments and scholarship in the field of History. Patrick earned a Bachelor of Arts Degree in History and graduated with Honors.

Patrick attended the University of Massachusetts School of Law at Dartmouth. Patrick earned the distinction of Dean’s List as a first-year and third-year law student. Based on his excellent academic performance, Patrick was awarded the honor of serving on the editorial staff of the law review’s publication of Trends and Issues in Terrorism and the Law. (5 U. Mass. Roundtable Symp. L. J. (2010). At UMass, Patrick received an award for his contributions to the Dean’s Pro Bono Program. Patrick also received a Special Recommendation from the Dean of the Law School for his valiant efforts in saving the life of a fellow student. A fellow law student collapsed in the library and stopped breathing. Patrick immediately performed CPR and resuscitated him before the ambulance arrived. Patrick was a member of the first graduating class at UMass School of Law. Patrick graduated with High Honors near the top of his class. 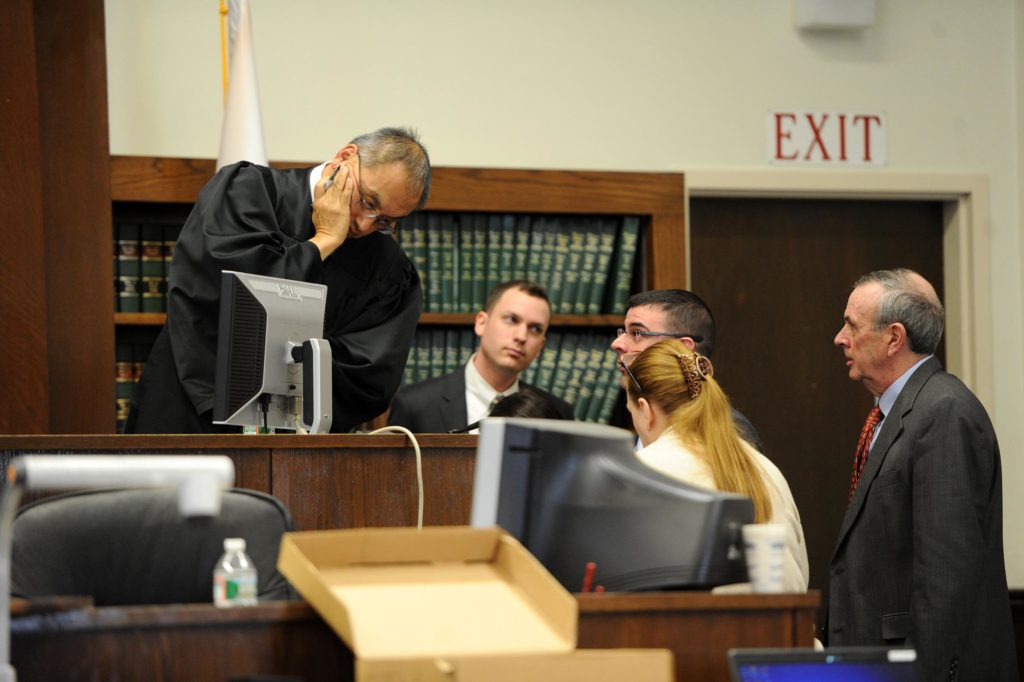 While attending law school at night, Patrick worked full-time at the Law Offices of Gerald J. Noonan as a law clerk. As a law clerk, Patrick researched and drafted Criminal Motions on a wide variety of legal issues. Patrick drafted Motions to Dismiss and Motions to Suppress Evidence that were filed and argued in the District and Superior Courts. Patrick worked under the tutelage of his father, Attorney Gerald J. Noonan, a very experienced and seasoned trial lawyer. Patrick gained invaluable experience working alongside his father by second-seating many evidentiary hearings, district court trials and serious felony trials in the Superior Court.

Upon graduating and passing the Massachusetts Bar Exam, Patrick dove right into practice and within his first week as a newly licensed attorney Patrick won a dismissal in an OUI-Liquor case in which his client flipped his vehicle on the highway, rolled over several times, and crashed into construction equipment. 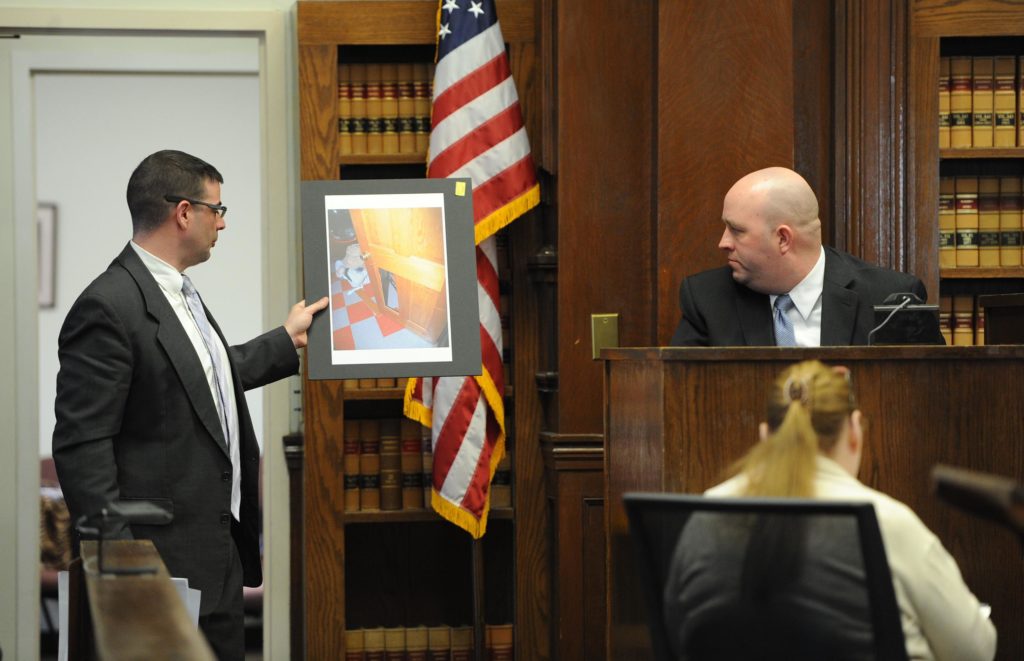 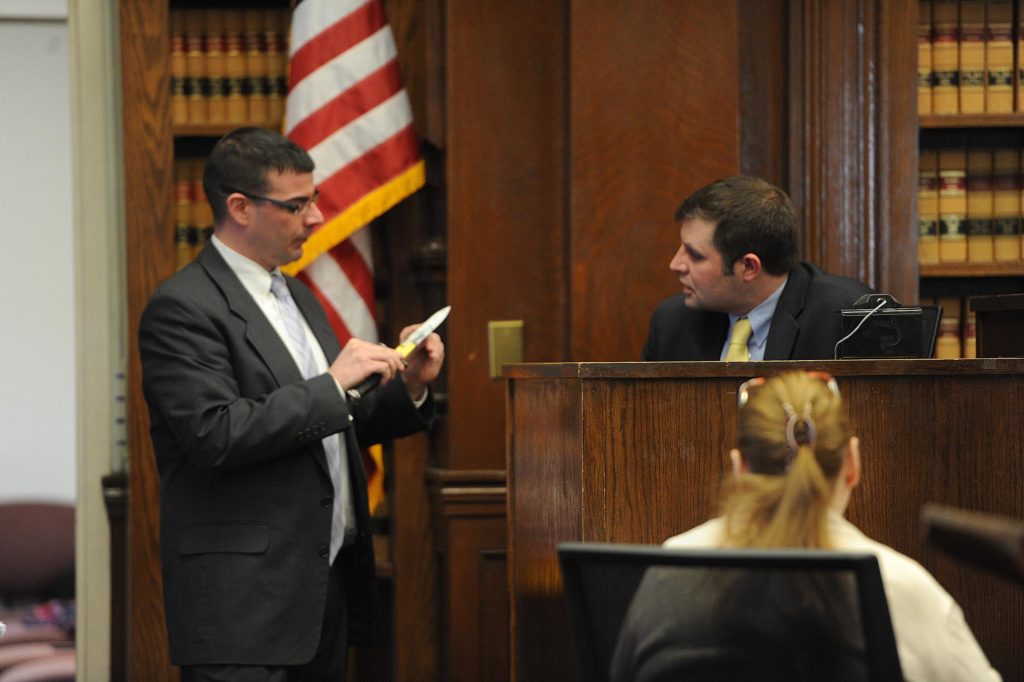 BROCKTON SUPERIOR COURT – Attorney Patrick J. Nooonan holding a knife while questioning a police officer during the trial of Richard Parker, a man accused of assaulting his wife. Parker, who worked for the Boston Fire Department for nearly 26 years and was also a 9/11 responder, faces a charge of assault to murder amid others against his wife, Kimberly Boleza Parker, from an alleged incident in 2011. . (Marc Vasconcellos/The Enterprise)