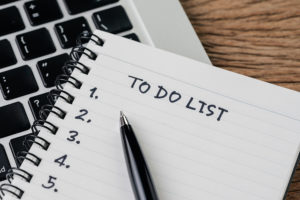 Massachusetts ranks as one of the safest states for drivers in the nation. In one recent year, 5.1 traffic fatalities per 100,000 people took place in the Bay State. The only state that had a better rate was New York, with five fatalities per 100,000. However, the news is not all good. Drivers in more heavily populated areas, for instance, face a higher risk of fatal traffic accidents than elsewhere in the state, mostly due to higher local population density.

No matter where in Massachusetts you live, knowing what to do in the event of a car accident that is not your fault will help you protect and preserve your rights to compensation. Contact an experienced car accident attorney today to learn more.

After an Accident: What the Law Says

If you drive a car, here are a few state laws you need to know about that dictate what you must do after a car accident.

Protect Your Legal Rights to Compensation

In the moments after a car accident, filing a personal injury lawsuit is usually the last thing on an accident victim’s mind. Many victims do not even realize the extent of their injuries, or may not even feel injured at all. Symptoms of an injury can appear days or weeks after the accident, after all.

Still, car accident victims can do themselves a huge favor by taking three simple steps to protect and preserve their legal rights after an accident. Taking these steps does not mean they must file a lawsuit. But it does put them in the best possible position to seek damages from an “at-fault” party, should they choose to do so.

Every lawsuit relies on evidence. The quality and quantity of evidence often determine whether a lawsuit succeeds. To preserve the option of taking legal action with the strongest possible evidence, car accident victims should take immediate action after an accident—assuming it is possible and safe to do so—to gather on-scene evidence that could prove crucial later on, and which may soon disappear if it is not collected.

Again, we stress that your safety is the first priority. Do not put yourself in harm’s way to gather this evidence.

Always, always seek medical care after a car accident. Never assume that just because you feel okay at the scene that you have not sustained serious injuries. The adrenaline coursing through your body in the moments after a collision can mask pain. In addition, some injuries do not show symptoms immediately.

Do not gamble with your health. You are not capable of diagnosing yourself with any accuracy. Doctors can perform simple tests to rule out, or diagnose, serious health complications. Go see a doctor right away. (As an added benefit, the medical records from your doctor’s visit constitute critical evidence in proving that an accident caused your injury.)

Speaking With an Experienced Car Accident Attorney Can Help You

After tending to their own health and gathering what evidence they can, accident victims benefit from scheduling a free consultation with an experienced car accident lawyer. In a short meeting, lawyers can give victims preliminary guidance about whether they may have the right to take legal action seeking compensation for their injuries. Not all accidents lead to lawsuits, and it is always the victims’ decision whether and how to proceed. However, there is virtually no downside to speaking with a lawyer, and victims often find they have important rights to enforce.

If you have questions about your legal rights after a car accident leaves you or a loved one injured, contact an experienced car accident injury attorney today.