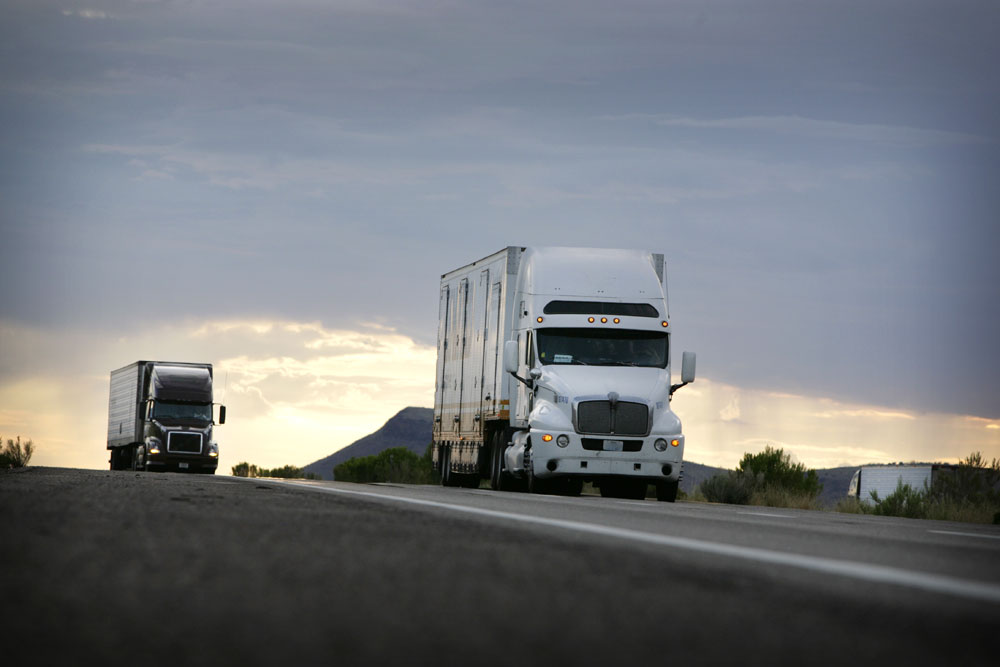 As we all know, drinking and driving is a deadly combination on the nation’s highways. Even with Massachusetts’s stringent laws against operating a vehicle under the influence of alcohol (OUI), 33 percent of accident fatalities in the state involve alcohol impairment. According to the National Highway Traffic Safety Administration (NHTSA), Massachusetts’ rate is higher than the national average of 29 percent.

Alcohol impairment and truck driving are an especially deadly combination. Why? Trucks can weigh as much as 80,000 pounds, while passenger cars can weigh as little as 2,000 pounds. In the event of a collision, the sheer weight and force of a large commercial truck can cause extensive damage and devastating injuries. If you or a loved one have suffered injuries or even death as a result of drinking and driving, contact an experienced Brockton truck accident attorney right away.

What Are My Rights if I’m Injured by a Driver Who Is Under the Influence of Alcohol?

Massachusetts has adopted a no-fault car insurance system for vehicle accidents. Ordinarily, drivers are expected to turn first to their own insurance for medical bills and lost wages from missed time from work resulting from accident injuries. No-fault is designed to compensate victims without determining who was at fault.

Massachusetts law does, however, allow injured parties to step outside the no-fault system in certain circumstances. Individuals with reasonable medical expenses that are over $2,000 may seek additional compensation. Injured victims suffering from broken bones, substantial loss of hearing or sight, or permanent and serious disfigurement may also be entitled to compensation.

Injured parties who step outside the no-fault system may be entitled to pursue compensation for losses related to pain and suffering and other noneconomic damages. The insurance coverage in a no-fault system only covers medical bills and a portion of lost wages.

So, in sum, if you are entitled to seek compensation beyond the insurance coverage of the no-fault system, you may recover damages for:

How Do I Receive Compensation?

Injured people can seek damages either from the at-fault party’s insurance company (a third-party claim) or by filing a personal injury lawsuit in civil court.

People injured by drivers who were drinking should know, however, that filing a third-party claim can be complicated and challenging. Those complications and challenges are potentially more extensive when an accident involving alcohol impairment also involves a commercial truck.

First, insurance companies are for-profit businesses. No matter how painful, debilitating, or unjust your injuries are, insurance companies operate with their best interests in mind. Increasing profits is a priority and paying out claims, regardless of whether they are just, impacts profit.

As a result, insurance companies employ a wealth of strategies and tactics designed to discredit or deny claims. Oftentimes, representatives will entice injured victims with a quick settlement offer of an amount that is much less than the value of the claim. Insurance companies may also attempt to discredit the extent and severity of a victim’s injuries.

Second, assigning liability in a truck accident can be very complex. If a truck driver is drinking on the job, several parties may share responsibility for a resulting accident. Of course, the truck driver will almost always share some liability. However, federal regulations require commercial trucking companies to supervise and periodically test drivers. If a company fails to adequately perform regular testing, it may bear responsibility for an accident caused by a drunk driver. If it outsourced testing or checking driver qualifications to a subcontractor, the subcontractor could have some responsibility as well for negligent hiring.

If multiple parties are at fault, they may use separate insurance carriers, with separate policies and separate provisions, further complicating the claims process.

Injured parties will almost certainly find it difficult to negotiate with insurance companies. As a result, it’s often best to consult an experienced truck accident attorney who has experience engaging with insurance representatives. Experienced truck accident attorneys regularly fight for the rights of injured victims to seek the compensation they are entitled to. When appropriate, attorneys can counter insurance company tactics or present a civil claim in court.

Truck Drivers and Drinking: The Law

The law holds drivers of large commercial motor vehicles (CMVs) such as 18-wheelers and tractor-trailers to a higher standard. Truck drivers can be disqualified from driving a CMV or have their license suspended for a minimum of one year if they are convicted of OUI.

They are also prohibited from driving for at least one year if their BAC is just 0.04, half the level of non-commercial car drivers. The same penalties are assessed if truckers refuse to submit to standard tests for drivers suspected of an OUI, such as breath and blood analysis or a chemical test.

In other words, truck drivers can receive the same charge as car drivers, an OUI for a BAC of 0.08 and a violation of implied consent. However, the penalties are much harsher and require immediate suspension of CMV driving privileges for at least one year.

Some alcohol-related penalties will prohibit truckers from driving for longer than a year. An OUI charge and a refusal to submit to a test will all disqualify truck drivers for three years if they are driving a CMV transporting hazardous materials.

Drivers convicted of a second offense, whether of an OUI charge with a BAC of 0.04 or greater, or refusing to take a test, are barred from driving a CMV for life. They are also barred for life if they operate a CMV while their CDL is suspended, revoked, or canceled. In addition, a lifetime ban may be imposed against drivers whose negligence causes an accident resulting in a fatality.

Trucking companies are also required by the Federal Motor Carrier Safety Administration to periodically test drivers for alcohol use. A failed test triggers a driver’s removal from driving (as does a 0.04 or higher BAC). The driver must complete a lengthy process to return to duty.

Despite all these regulations, however, you or a loved one may have suffered injuries or even death as a result of drinking and driving.

If you need more information, don’t hesitate to contact an experienced truck accident attorney for a free consultation.