When to Get an Attorney for a Car Accident? 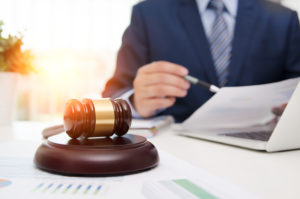 The scene of the accident was chaotic. Your car was destroyed. You were injured. The police arrived to investigate and spent a long time questioning the other driver. You left in an ambulance. Now, weeks later, you are still recovering from your injuries, medical expenses are mounting, and you find yourself wondering whether you should speak to an attorney about your legal options. Is this the right time, or should you wait?

The aftermath of a car accident is often a confusing time. One of the many decisions you must make involves whether you will hire an attorney to help you pursue compensation through legal action. How do you know if you need an attorney or the right moment to hire one? Read on for more information.

If You Were Seriously Injured in the Accident…

If an accident that caused—at least in part—by the actions of someone else left you seriously injured, then you should hire an attorney. Massachusetts is a “no-fault” auto insurance state, meaning that your own personal injury protection policy (PIP) will cover up to $8,000 of your initial medical expenses resulting from a car accident, regardless of who was at fault for the accident.

However, serious injuries often cost far more than the amount that a basic PIP policy covers. Certain types of injuries meet the state’s serious injury threshold and qualify you to seek compensation from the at-fault driver and his or her insurance policy.

To do so, you must have more than $2,000 worth of qualified medical expenses and a serious injury such as:

If Massachusetts law entitles you to seek compensation through a personal injury lawsuit, you may have the right to collect both “economic” and “non-economic” damages. Economic damages are those related to your out-of-pocket expenses, such as medical bills, damage to your car, and lost wages. Non-economic damages address the impacts that your injury has on your life, such as pain and suffering or loss of enjoyment of life.

It is important to get a medical exam promptly after a car accident, even if you don’t “feel” hurt. This is because serious injuries may not show symptoms right away. These injuries can pose a high risk to your health if left untreated.

Some injuries that frequently have delayed symptoms include:

You cannot definitively say that you did not get injured in an accident until you have had a thorough medical exam to ensure that there are no hidden injuries that may cause you problems down the road.

If You Are Not Sure Who Was at Fault…

In the chaos that surrounds a car accident and the fast-pace at which accidents often occur, you may not know for sure who was at fault. Car accident attorneys study the details of their clients’ accidents carefully to identify all parties who played a role in causing a crash, and which of those have potential legal liability and financial resources to pay damages (often through insurance).

To establish that someone has legal liability for causing your accident and injuries, three elements must generally be satisfied: 1) There was a duty of care that was owed to you by someone else; 2) There was a breach of that duty of care; and 3) This breach resulted in the accident, which caused your injuries. So, who might have legal liability to you for a car accident?

Here are some of the usual suspects:

When it comes to hiring a car accident attorney, act quickly. The sooner you hire an experienced car accident lawyer, the sooner the lawyer can begin pursuing the compensation you deserve.